The idea of moving beyond our current framework of teaching digital citizenship that is predominately centered around personal responsibilities and more toward active online citizenship has never occurred to me until recently. This notion of shifting our efforts as educators and digital citizens to a more active approach focused on targeting positive active participation in order to curb justice and equity issues that exist in online and face-to-face contexts were highlighted in a recent post co-authored by Katia Hildebrandt and Alec Couros titled What kind of (digital) citizen?

So the question posed in the article What kind of (digital) citizen? was: Can digital citizenship look similar to citizenship in face-to-face contexts?

To me, the simple answer to this is absolutely it can. However, like many great initiatives, there will most certainly be issues that will arise as a result of shifting toward a more active digital citizen. For example, the current buzzword used to describe some digital activists is slacktivism, which has been highlighted in endless blogs such as, The Problem with #slacktivism, Don’t Mistake ‘Likes’ on Facebook for Real Social Change, and UNICEF Tells Slacktivists: Give Money, Not Facebook Likes. Slacktivism is clearly visible to a lot of people online as people often make comments with social movement hashtags, creating videos for awareness, changing profile pictures, or growing facial hair or body hair to raise awareness. However, beyond creating a post that is part of a particular trend, many of these people are not actually donating money or doing anything above and beyond to help that cause.

But let me clarify something. I certainly believe that some slacktivists are still at least speaking out in some form to help raise awareness for the cause that might ultimately lead to someone else with more financial stability to donate money or by adding to the sheer number of people online wanting change in hope that political leaders and decision makers take notice. So if slacktivism gets people talking and might possibly bring change in the World, is it as terrible as it sounds?

But this is also about teaching digital citizenship!

Like many leaders and captains of professional sports teams, teachers often teach and lead by example. As teachers and professionals in the education field we are definitely looked at by students and society to set a good example in many aspects of our physical lives so it does make sense that we should be portraying an online presence that mirrors our daily lives as a model for active citizenship. It is certainly easier to say nothing than to stand up for what is right and just, but as educators, we have the voice and audience to make a positive change in both the physical and digital Worlds.

My belief is that digital activism needs to be conducted in a meaningful and respectful way that promotes positive change and creates a strong voice for those that are marginalized. Activists and educators must also be informed about what we discuss and stand for so that we do not inadvertently do more harm than good. 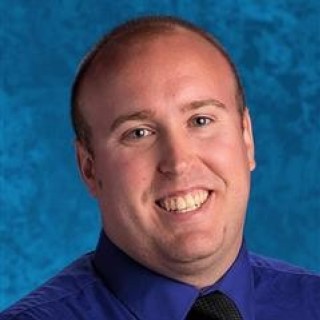 Hi! I am a secondary school science and math teacher. Thanks for checking out my e-portfolio!